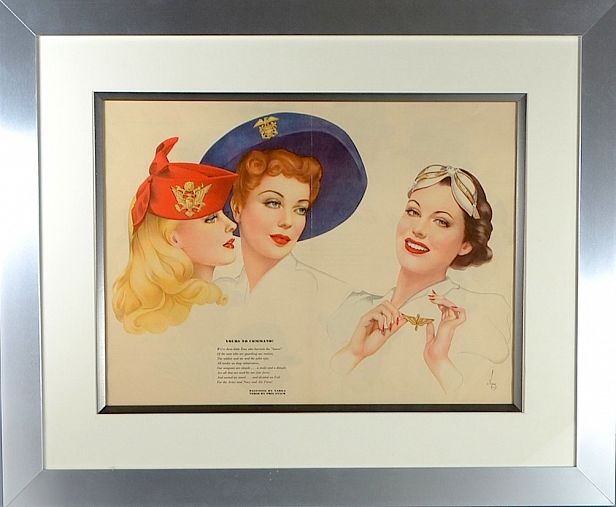 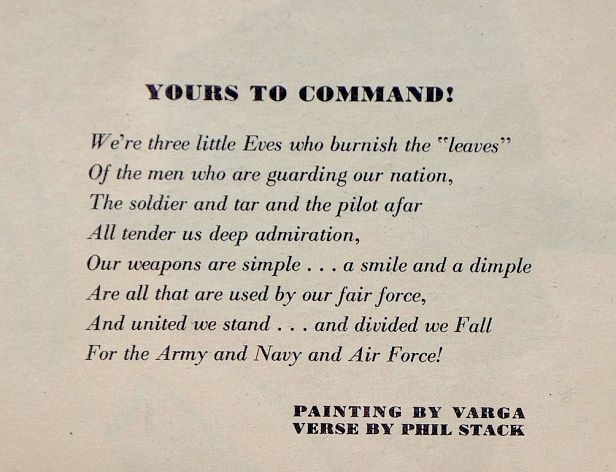 This period picture is a 1940s Varga pin-up girl centrefold from the American magazine Esquire. It depicts three females, a blond wearing a red hat with a U.S. Army insignia, a redhead wearing a blue hat with a U.S. Navy insignia and a brunette wearing flying goggles and holding a military insignia that I believe is a WWII U.S. Army Airforce pin. There is a poem in the bottom of the centrefold entitled "Yours to Command". We have framed this in a silver tone slip, with an outer cream mount and chrome frame.