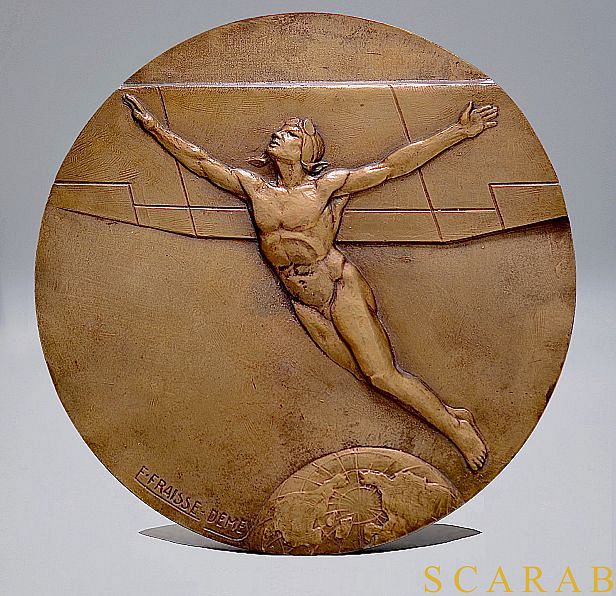 This is a fantastic plaque. It depicts and celebrates flight depicting a modern day Icarus naked except for a flight helmet & goggles with a wing strapped to his outstretched arms soaring above the world. The plaque is signed "E Fraisse - Demy" confirming that this was a collaboration with Henri Demey..

The reverse has "c 23" painted in red on the reverse but I would not attach any great significance to that.

Édouard Fraisse (1880 – 1945)
Édouard Fraisse studied under Barrias, Coutan, Chalpain and Vernon. He collaborated with Henri Demey on numerous medals and plaquettes that typically depicted figures in action. They were considered to be some of the best and most prestigious plaque and medal makers in France during the 1920s and 30s.
He was made a Chevalier of the Legion d'Honneur in 1929.
Edouard Fraisse was an associate of the French Artists Society and exhibited at the Salon where he received a gold medal in 1937.