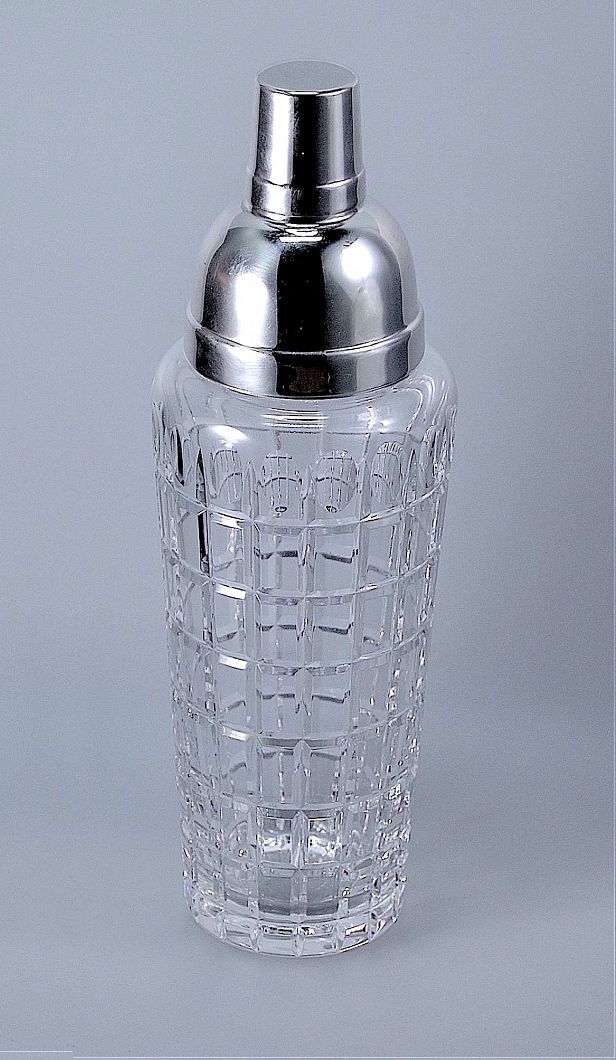 This fabulous cocktail shaker is probably American made by Hawkes Crystal. The base is made of crystal glass that has been deeply cut horizontally & vertically to form a series of rectangles with "finger print" indents around the top - the pattern is known as "Vernay" The shaker has a silver collar stamped "925" in an oval cartouche. A removable silver domed cap with an integral strainer fits over the collar and is stamped "Sterling". A silver cap fits onto the dome, it is gilded inside and the outside rim is stamped "925" in an oval cartouche. The top appears to double as a small "glass".
"Vernay" was introduced in the 1920s as drinking glasses although auxiliary items such as cocktail shakers & pitchers & vases were also produced.