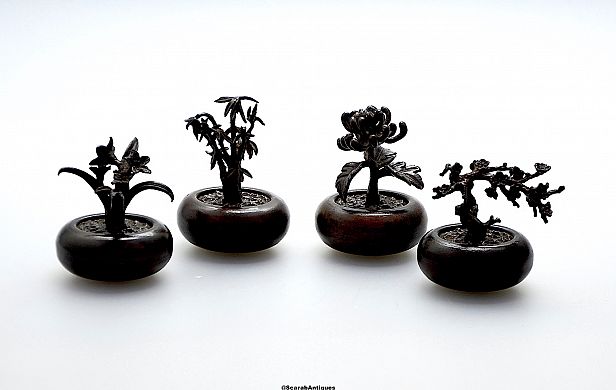 This lovely small bronze scroll weights were made in Japan in the late 20th Century. They are known as "the Four Friends" and depict the four seasons each scroll weight being a plant or flower in a pot each plant representing one of the seasons. The base of each pot is signed with a Japanese character.