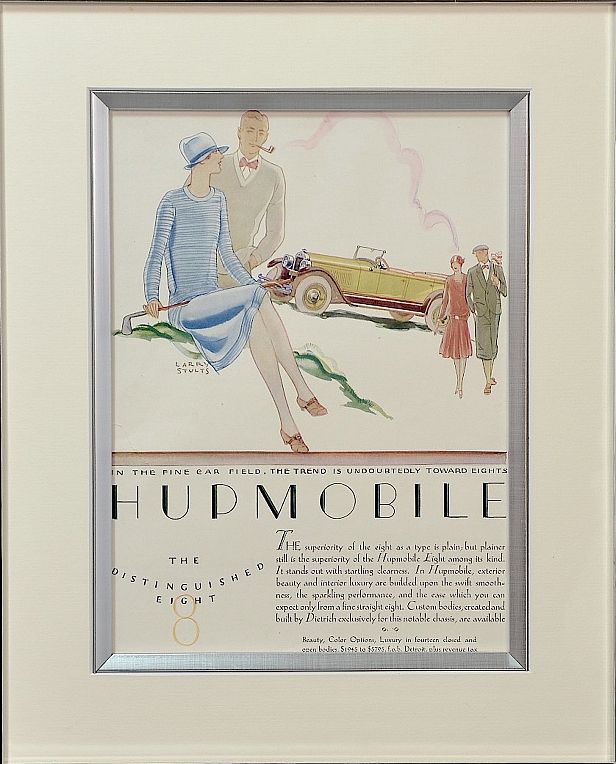 And yet another stylish and evocative 1926/7 magazine advertisement by Larry Stults featuring a Hupmobile 8 motor vehicle. This one features a couple in the left foreground, the seated woman dressed in a blue dress holding a golf club with a pipe smoking male standing behind her with a strolling couple on the right the woman carrying a golf club and the male dressed in plus fours and carrying a gold bag, with an open topped lime green Hup in the background. This is framed with a chrome slip a cream mount and a chrome frame.