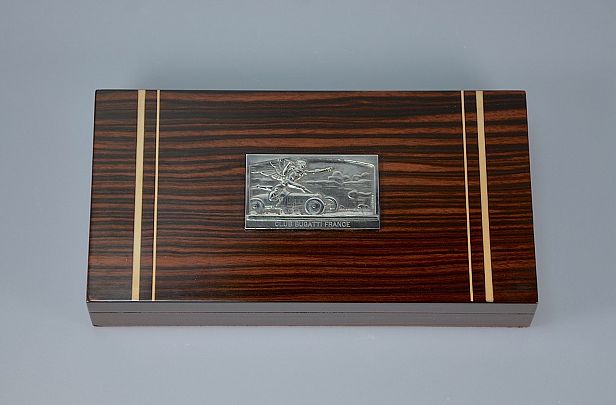 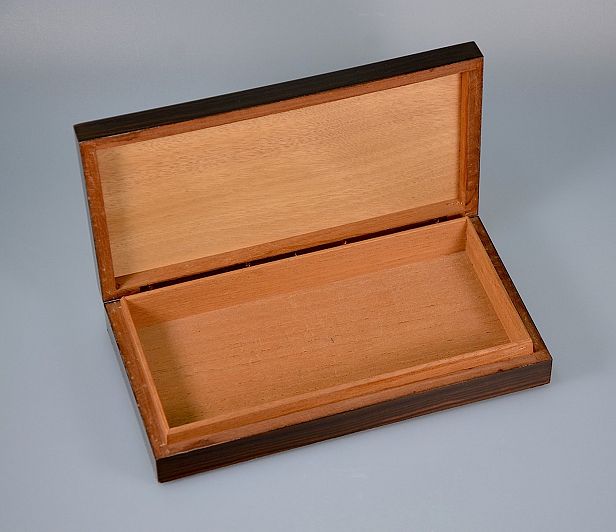 This wonderful stylish box is in macassar ebony veneer. At each end of the hinged lid are two inlaid strips of what appears to be resin that run vertically from the back of the box to the front. In the middle of the lid is a rectangular silvered metal (probably bronze) plaque. The plaque depicts an early Bugatti being driven from left to right, with a winged figure behind and a landscape in the background. The plaque is signed "Morlon" and is stamped "Club Bugatti France" along the bottom.