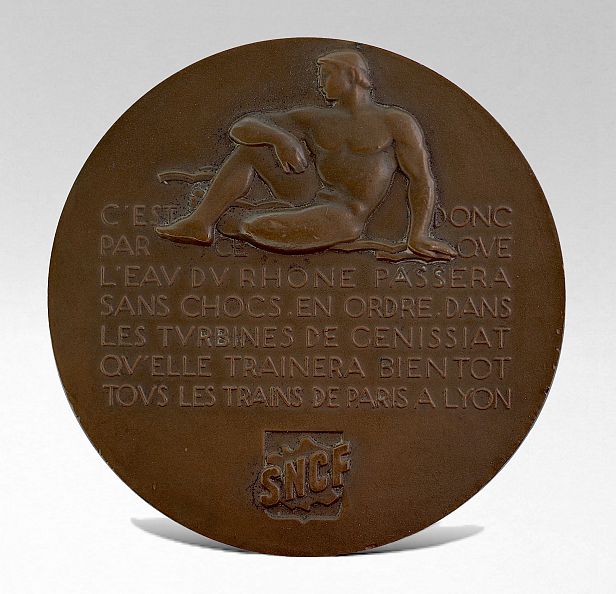 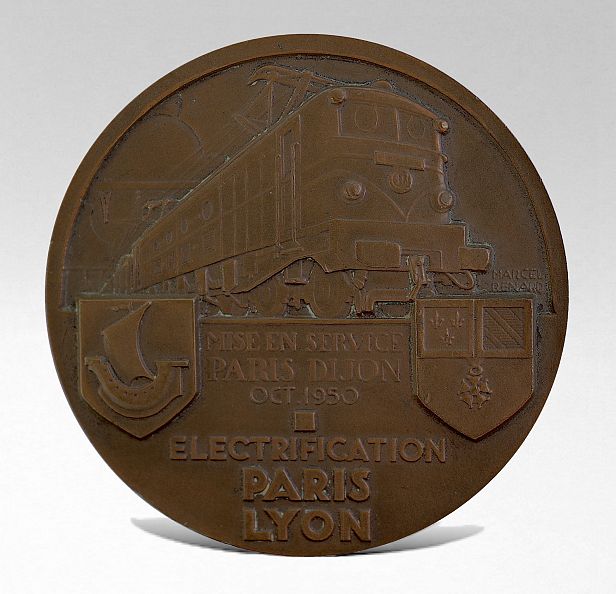 This medal commemorates the electrification of the Paris to Lyons railway line in 1950.
The medallist is Marcel Renard,

The obverse depicts an electric train travelling from left to right and "almost coming" out of the medal.
The city coat of arms of Paris & Lyons are below the train with the words "Mis en Service Paris Lyons Oct 1950" between them.
The words "Electrification Paris Lyons" are at the bottom of the obverse.
The obverse is signed "Marcel Renard"

The rim is stamped "Bronze" & with the Cornucopia mark of the Monnaie de Paris.

Marcel Renard
1893-1974
He studied under his father before joining l’Ecole des Beaux-Arts Lyons where he studied under Aubert & Ploquin. He then studied at l’Ecole des Beaux-Arts in Paris under Rost & Boucher.
He was awarded a gold medal at the 1925 l’Exposition des Arts Decoratifs
Renard exhibited at the Salon des Artists Francais and at the Salon des Artistes Decorateurs.
He worked with Roux-Spitz & Janniot on some of their projects in Paris & Lyons and his work can be found at the Museum of Fine Arts Lyons.