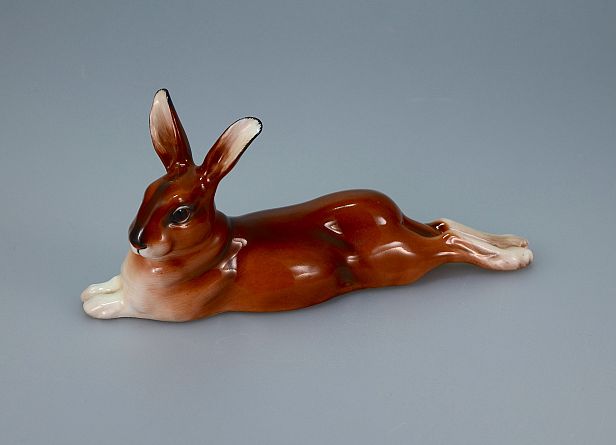 This wonderful porcelain/china hare was made by the English porcelain factory Royal Doulton. It was introduced during the early 1940s and was produced until the mid to late 1950s when it was discontinued. The hare is recumbent with white front and back paws and white on the inside of the black tipped ears with a white mouth and a white and faun chest. The body is brown. It has the green Royal Doulton back stamp and the letters HN2593 & the letter T painted underneath. There are also two sets of impressed numbers which are quite faint but one of which appears to be "656". This figure has a lovely serene feel to it!